For old car enthusiasts, Cuba is one large open-air museum. Cars you thought only exist in 40 year old movies still travel the Cuban roads and streets. Some are in a remarkably good state, others you expect to fall apart even before they reach the end of the street. Now I am not an old car specialist at all, but still, the sight of these old monsters is a special one.

In any way, Cubans must be masters in inventiveness, since they still manage to keep the enormous amount of old American cars running, despite the fact that old parts are not produced anymore for many years already, a fact made still worse by the US embargo.Nevertheless, it seems to be a matter of national pride to keep the American cars running - cars look, in fact, often as if they are taken care of very well. Fortunately, Cuban car drivers are often looking to earn some dollars (although this is illegal). This means that it is very easy to get a ride on one of those old beauties and experience the sound and seats of cars that many of us haven't even seen in our childhood. 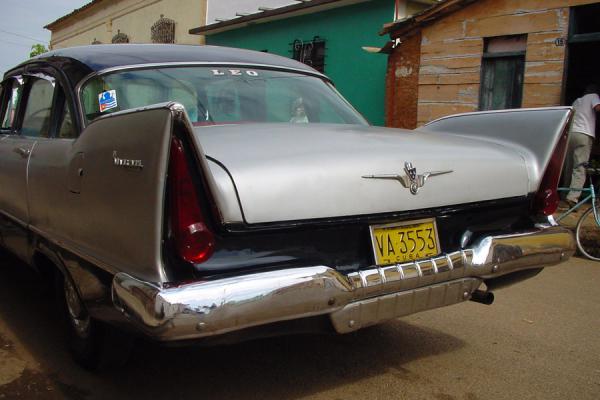 Comfort is often higher than in modern cars, thanks to more legspace. The sound is sometimes so overwhelming, that it is impossible to talk to each other... On a long stretch (eventually taking us 7 hours), the driver stopped several times, got some help from someone in the street, and always managed to keep the car running somehow. Only the doors could not be opened from inside. However, the driver was not able to take us to our final destination in Havana, because the clutch didn't work anymore.... 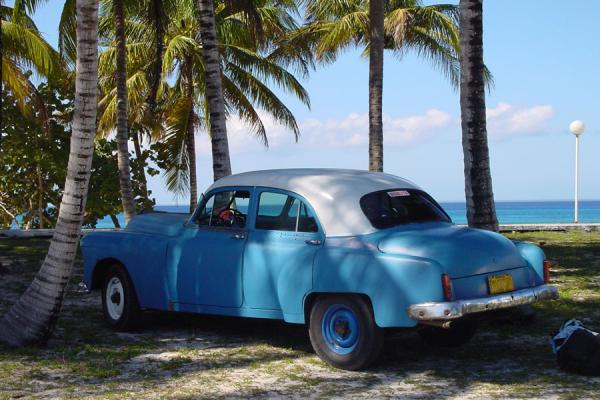 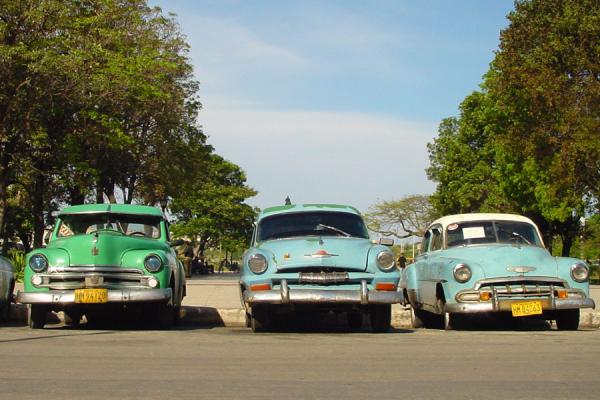 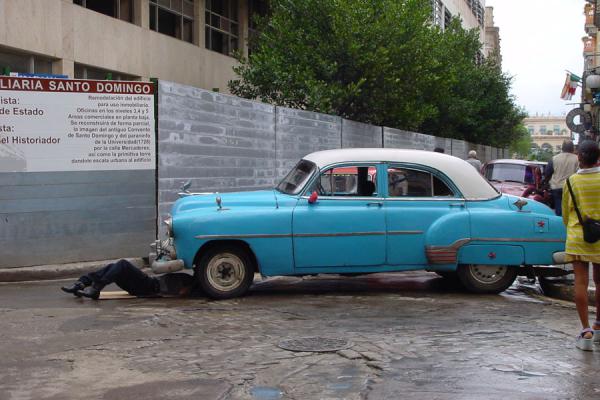 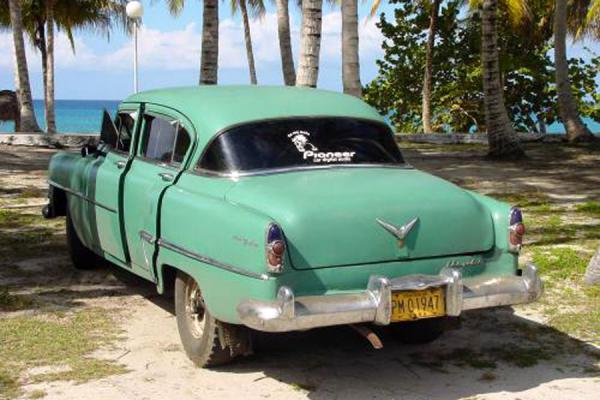 Around the World in 80 Clicks

Personal travel impressions both in words and images from Cuban cars (Cuba). Clicking on the pictures enlarges them and enables you to send the picture as a free e-card or download it for personal use, for instance, on your weblog. Or click on the map above to visit more places close to Cuban cars.
Read more about this site.