Pilgrimage to many Indians, and foreigners who admire Mahatma Gandhi for his non violence approach to solve problems, the Gandhi Memorial can be found in the Raj Ghat area in Delhi. This is actually situated in a park on the banks of the Yamuna river, which includes other burial sites of Indian rulers, like Nehru, Indira Gandhi and Rajiv Gandhi. It also includes the Gandhi museum, with his writings, belongings and photographs depicting the story of his life. 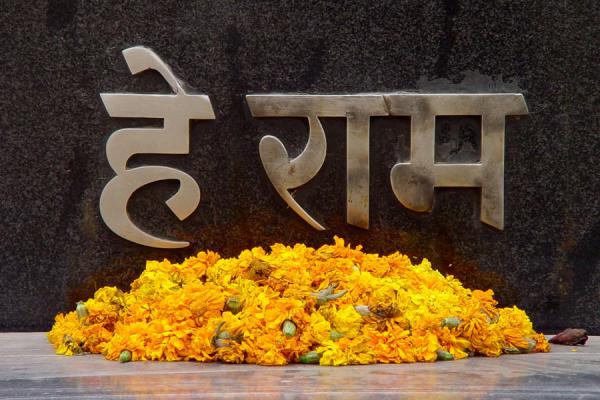 As you leave the main Mahatma Gandhi Marg (road) with all its traffic, you enter the park and immediately you feel the welcoming silence. People picknicking on the grass, strolling down the lanes, walking towards the elevation in the park at a short distance. You can walk up the hill, which gives you a preview of the memorial site itself. I chose to walk around, to get a grasp of the area, before going down at the other side. 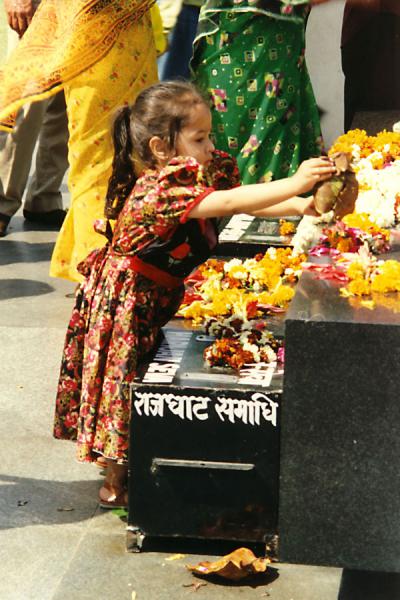 Here, you are requested to leave your shoes, and you walk around the corner and into the inner area of the memorial. As you reach the black marble square tomb where Gandhi was cremated following his assassination in 1948, you inevitably find yourself with Indian families, who visit this site as a pilgrimage and have their pictures taken. To be true, the site is photogenic. On the black marble, there are always flowers, and the colourful saris of the women make for beautiful compositions. People kneel at the frontside, where his last words are written: "Heram", or "Oh, my God". 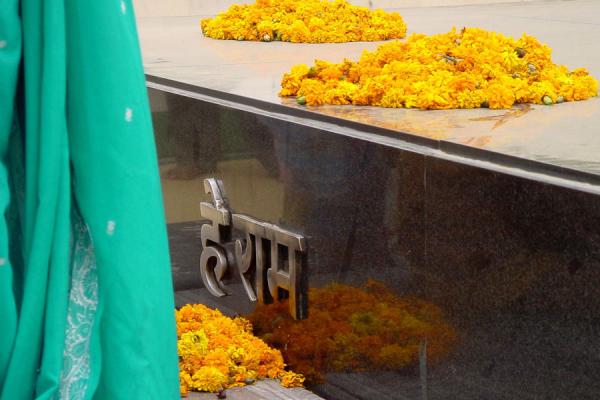 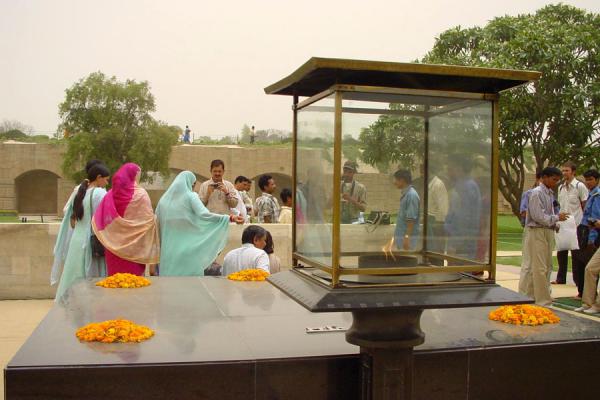 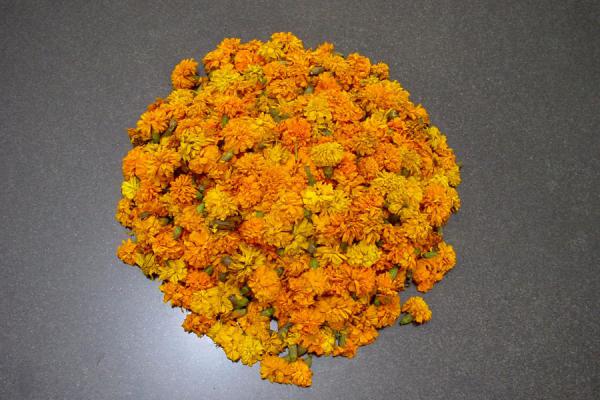 Around the World in 80 Clicks

Personal travel impressions both in words and images from Gandhi Memorial (). Clicking on the pictures enlarges them and enables you to send the picture as a free e-card or download it for personal use, for instance, on your weblog. Or click on the map above to visit more places close to Gandhi Memorial.
Read more about this site.

Book your hotel in Delhi

Book a hotel near Gandhi Memorial, Delhi, India with low prices for all kinds of hotels - without reservation fees.